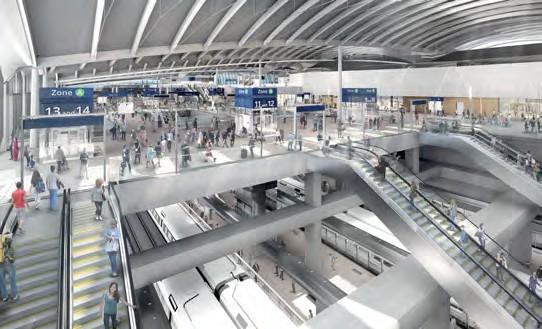 Underground platforms: visual inside the high-speed side of the station.

High Speed 2 Ltd released new images of Old Oak Common as it announced the main contractors that will build the new west London station as well as the HS2 terminus at Euston.

Officially designated construction partners, the successful bidders will work with HS2 Ltd and the station designers to co-ordinate the delivery of the stations, including platforms, concourses and links to the London Underground and other rail services.

For Old Oak Common the winning bid came from a consortium of Balfour Beatty, Systra and Vinci. Three other bids were shortlisted from Bechtel, Dragados/Mace and BAM Nuttall/Ferrovial Agroman.