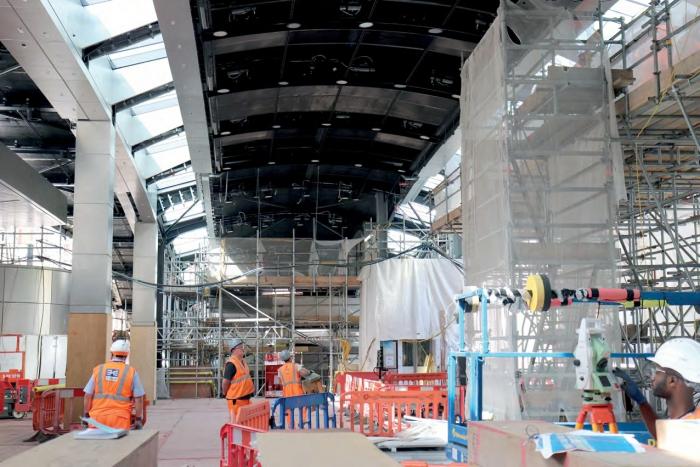 Impressive space in the making: concourse and gateline at Whitechapel, 29 August 2019.
Philip Sherratt

Crossrail Chief Executive Mark Wild has set a six-month opening window that would see the Elizabeth Line open at some point between October 2020 and March 2021. But which stations will be finished first?

Custom House and Tottenham Court Road are front-runners – the first because it is a relatively simple overground station and the latter because much of the work for the Elizabeth Line was completed as part of the rebuilding of the London Underground station. But now Whitechapel – one of the more complicated Crossrail assignments – is emerging as a contender to be one of the first, with the main works contractor (a joint venture consisting of Balfour Beatty, Morgan Sindall and Vinci Construction) resolved to be ready at the latest by October 2020.