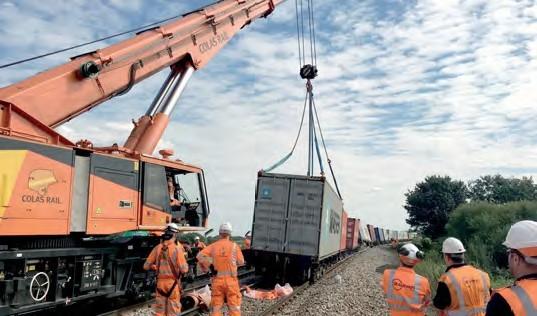 Crane at work: dealing with the derailment at Ely.
Courtesy Network Rail

THE RAILWAY between Ely and Peterborough reopened on 21 August after repairs following the derailment of a freight train seven days earlier (see picture, p14, last month)

The incident occurred at around 14.40 on 14 August when 11 wagons of a 33-wagon train travelling north of Ely left the tracks. No-one was injured.

Network Rail engineers began a recovery operation to lift the derailed wagons using a rail crane, after which broken rails were cleared and nearly a quarter of a mile of track was replaced.

CrossCountry, East Midlands Trains and Greater Anglia services were affected by the closure, along with cross-country freight workings.