APPROVAL HAS been granted by the Secretary of State for Transport and Port of Felixstowe for Network Rail to build a loop on the Felixstowe branch line.

The £60.4 million scheme will see a second track installed between Trimley station and Grimston Lane foot crossing. This will enable an increase in the number of freight trains to the port from 33 to 47 per day. The branch is currently single track from the junction with the East Suffolk line at Westerfield. Network Rail will deliver the project, with vegetation clearance due to begin in the coming months. Funding is through the Strategic Freight Network, with a contribution from Hutchison Ports UK.

NR also submitted a Transport and Works Act Order application earlier this year to close six level crossings as part of the project, with a public inquiry set to be held early next year. 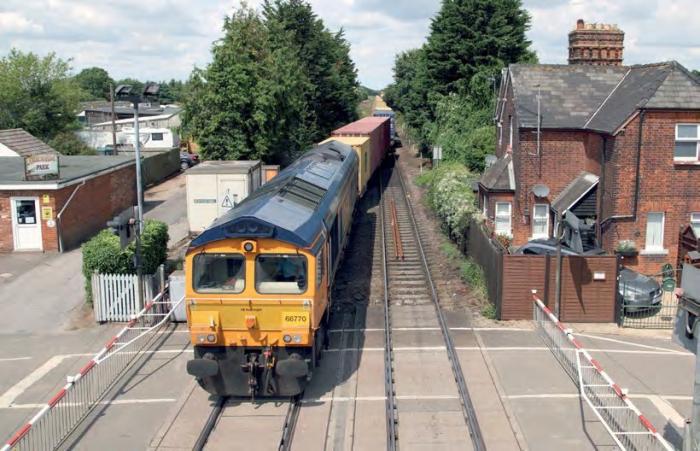 Felixstowe branch: loco No 66770 takes the turnout at Trimley leading to the Felixstowe North terminal on working 4L02 from Hams Hall on 13 July 2017. The new double track will extend west from here.
Antony Guppy