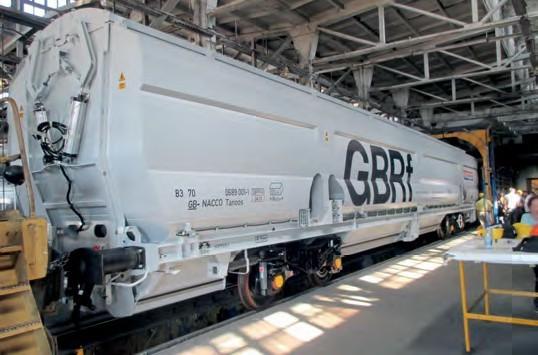 Biomass hopper: a vehicle of the type to be leased by GBRf for the company’s Lynemouth contract. Courtesy GBRf

The operator says the service marks a significant expansion in its activities as it will be the second deep-sea port (after Felixstowe) from which the company operates rail services. The first train ran on 1 November and hauled 34 platforms fully laden with containers. The service will operate daily from Tuesday to Saturday under a five-year contract.

The port has undergone upgrades which will support the new contract, including a £2.4 million investment in a new 5.8-acre facility operated by Solent Stevedores, which GBRf says has seen turnaround times halved and has vastly improved capacity.