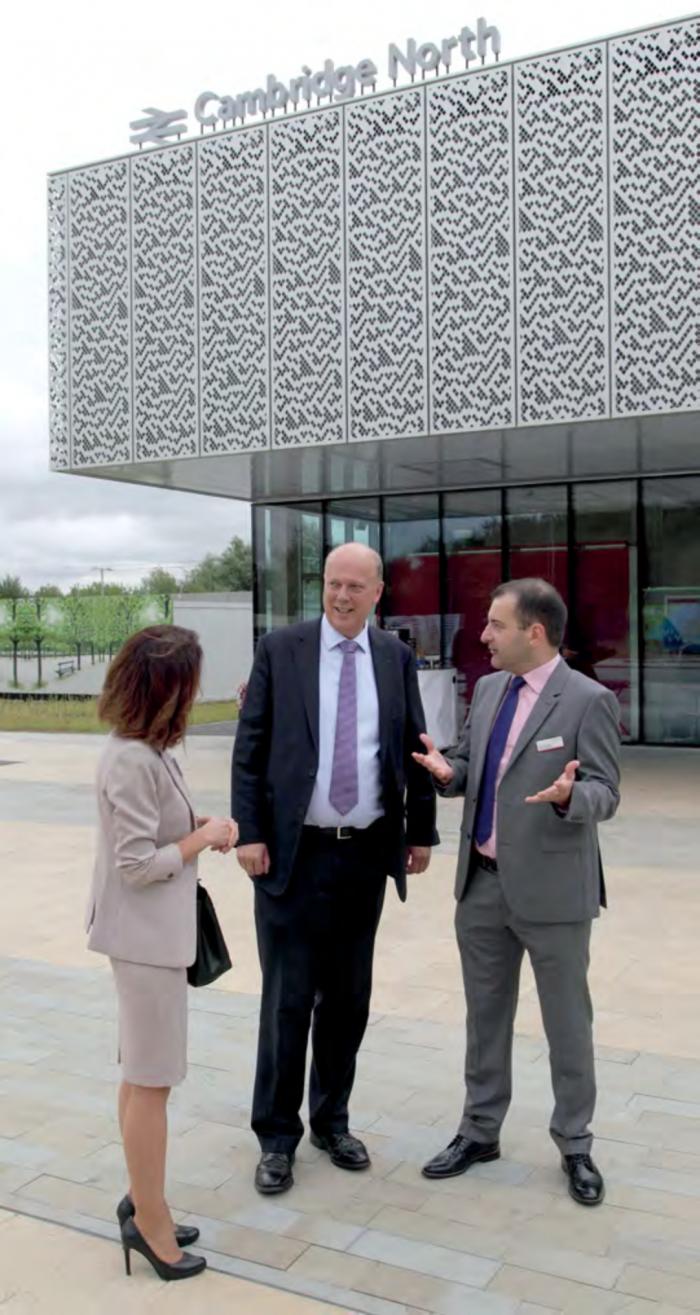 The first passengers used the station, located around three miles north of the city centre, on 21 May. Greater Anglia services to London Liverpool Street and Norwich call, alongside Govia Thameslink Railway’s Great Northern services to London King’s Cross and Ely. From 2019 Greater Anglia will extend its Norwich to Cambridge service to Stansted Airport, providing a direct link to the airport from the station.

The £50 million station was funded by the Department for Transport and developed by Network Rail in partnership with Cambridgeshire County Council.

The three-platform station is located on Cowley Road, off Milton Road (near the city’s science and business parks in the northern suburbs). It incorporates a 450-space car park and a 1,000-space cycle park, and is served by the guided bus service and other local buses.