THE COMPLETION of the Thameslink Programme moved a step closer after a successful eight-day programme of works in the London Bridge area.

The £12 million programme between 26 August and 2 September was Network Rail’s penultimate major blockade as part of the project, with the final main works scheduled for Christmas.

Services into Charing Cross were suspended throughout the blockade, allowing the tracks used by these services to move onto their final alignment through platforms 6 to 9 at London Bridge. This has also brought into use a further two of the four tracks beneath the Bermondsey dive under, the grade separation which will allow Thameslink services from Croydon and beyond to pass over Southeastern’s Charing Cross services. The first line through the dive under, the Down Sussex Slow out of London Bridge’s terminal platforms, came into use in January 2017, with the fourth track, the Southwark Reversible, going live in January 2018.

The works also mean Southeastern’s Charing Cross services are now using four rather than three platforms at London Bridge, bringing to an end the need to eliminate contraflow peak hour calls at the station. Trackwork alterations to access the new platform, platform 6, were completed during the blockade.

Other successful achievements included installation of new track and signalling equipment on the Cannon Street lines and installation of a connection from the Kent lines into the terminal platforms at London Bridge. Work continues on completion of the new concourse at London Bridge, two-thirds of which opened to passengers in August 2016, with the remainder following in January 2018.

During the work, Southeastern planned to divert some services into the former International Terminal at Waterloo between 29 August and 1 September. However, signalling problems concerning the completion of the major works at Waterloo meant these services instead ran to Blackfriars on 29 August, with further signalling issues causing a similar situation on the morning of 1 September.

The final commissioning of the new layout at London Bridge will take place from 23 December to 1 January. After this, the full concourse will open, along with the remaining five platforms (1 to 3 for Cannon Street services, which will call again for the first time since August 2016, and 4 and 5 for Thameslink services). Further resignalling to the Rail Operating Centre (ROC) at Three Bridges is also planned at this point.

Cross-London Thameslink services will then resume running through London Bridge but to the existing timetable, with enhancement to a peak service of 20 trains per hour (tph) planned through the core section between Blackfriars and St Pancras from May 2018, followed by the full 24tph service in December of that year. 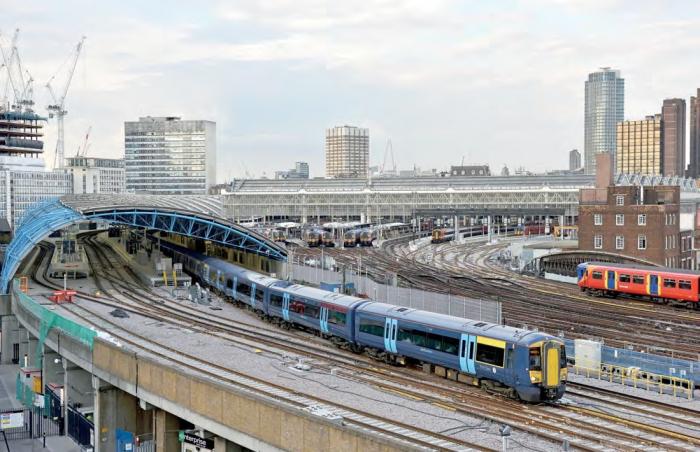