Like seat comfort or your favourite beer, rail vehicle ride is subjective. But for four decades a well-maintained British Rail Mk 3 coach used in IC125 has been widely acknowledged as providing the best ride on UK track.

Asked to sum up the ride characteristic in a single word I would say ‘imperturbable’. While its successors, the Metro-Cammell IC225 Mk 4, the Fiat/Alstom Class 390 Pendolino and now the Hitachi Class 800 series Intercity Express Train (IET), ride well on perfect track, when the going gets rough, the Mk 3 coach with its BT10 bogie had always seemed to maintain its composure.

With Pendolino, tilt provides the equivalent of active secondary suspension. However, the difference between Mk 4 and IET and Mk 3 is that while in a Mk 3 coach a smooth ride just seemed to happen, with the more modern vehicles I am conscious that the bogies are ‘busy’, working hard to maintain ride comfort.

When you look at an engineering model of a passenger vehicle and its running gear, there are so many interdependent factors between the wheel rim and the seat cover, all affecting ride comfort, that even computer modelling would be unlikely to get it right first time. Indeed, in the car industry there used to be ride experts who, when a new model was produced, would spend days at a test track with a van-full of springs and dampers adjusting the suspension to get the desired ride.

My subjective assessment of the Mk 3 coach was an index of 1 for quality and, say, 1.25 for comfort. On the Midland main line, for example, the occasional application of Extreme Curving Rules meant that hitting the lateral bump stops (clearly noticeable) was an indicator of an on-time arrival at Derby.

But that was then. Recent IC125 journeys on the East Coast main line (ECML) have been characterised by a noticeably ‘bouncy’ ride. Although I haven’t had an IC125 journey on the Great Western main line recently, there are suggestions that it too is not as good as it was.

Having finally ridden in a Class 800 I found the ride having a similar ‘busyness’ to a Mk 4. At one point the lowered table in First Class started to resonate in sympathy with the input from the track.

Following some remark on Mk 3 ride I made on social media (@Captain_Deltic on Twitter) after a visit to York earlier this year, LNER Engineering Director John Doughty got in touch with me. Since he took over a couple of years or so ago he has been intrigued by the better ride achieved by the GWR IC125s.

One factor could be a change in primary vertical suspension damper from the original Woodhead units that, not surprisingly after 40 years, are obsolete, although still being overhauled. Remanufactured is probably a better term.

A damper, called a shock absorber in road vehicles, is essentially a piston in an oil-filled cylinder. One end is fitted to the bogie, the other to the wheelset suspension. When the wheelset moves the piston forces the oil through a system of orifices and valves.

This creates a resistance which ‘damps’ the movement of the piston. By adjusting the flow of oil through the orifices the resistance to the piston’s movement can be varied. Primary suspension dampers have to cope with small displacements at high velocities.

To keep the oil in the cylinder, the piston rod runs through a seal and the Woodheads acquired a reputation for the seals eventually failing, allowing the oil to leak out, reducing the performance of the damper and thus ride quality. This propensity also added to maintenance costs and around 10 years ago most Mk 3 coach operators replaced their Woodhead dampers with more modern designs. 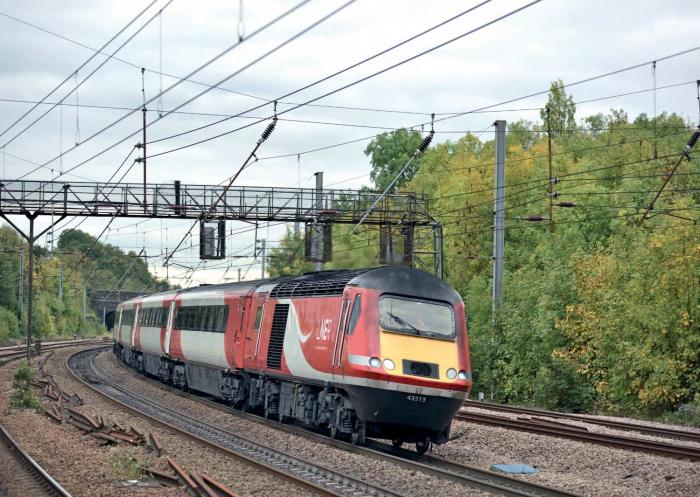 Intercity East Coast adopted the Pegasus damper introduced by Sabre Rail in 2007. This has proved to be very reliable. However, given the ride anomalies, last year Mr Doughty decided to evaluate an alternative type of damper made by Suomen Vaimennin (SV) of Finland and fitted to a wide range of rail vehicles.

On the East Midlands Trains Mk 3 coaches, Pegasus dampers replaced the existing dampers. However, on this dynamically more-demanding route, the ride deteriorated to the extent that from April last year they were replaced in turn by SV dampers. According to my colleague Mr Walmsley, a regular MML user, IC125 ride has since improved from ‘terrible’ to OK, which he attributes to the improved dampers.

This brings us to some scientific work on IC125 ride on the ECML. John Doughty had one IC125 set fitted with SV primary vertical dampers and in October last year consultant SNC-Lavalin took comparative ride measurements during normal service running. A Pegasus-equipped set was recorded on a King’s Cross to York run and the SV fitted set on a Stirling to King’s Cross run the following day.

Normally a ride test would involve instrumenting three vehicles. The bad news is that the trials had to make do with two. The good news is that this was because passenger loadings meant that there was no seat available in the Trailer Guard Second for the engineer who would operate and supervise the portable measurement equipment.

As a result the ride was measured in the First Class trailer vehicles next to the power car and buffet respectively. The ride loggers were located over the leading bogies in each case.

When the results were analysed the conclusion was that the vertical ride quality was indeed ‘relatively poor’. However, the variation in ride accelerations suggested that the track quality over the route is ‘very variable – especially in the vertical direction’.

As for the two types of damper, the difference in vertical and lateral passenger comfort was ‘small’ and would not be expected to be very significant in terms of passenger perception. The SV units produced ‘marginally lower’ accelerations in the vehicle body.

Given these small differences, SNC-Lavalin suggested that the differences could be attributed to variations between the vehicles themselves: how the bogie was set up, condition of the suspension and tolerances in general.

Mr Doughty notes that LNER uses the same P8 profile as GWR. Planned tyre turning takes place at 250,000 and 500,000 miles before new wheels are fitted at 750,000 miles during bogie overhaul. He adds that wheelset changes between bogie overhauls are rare as a result of the tyre turning schedule and the performance of the Knorr-Bremse wheel slide protection.

While the SNC-Lavalin report notes the variable track quality, one of the BT10 bogie’s qualities was the way it coped with poor track. So perhaps the difference lies in the dampers.

Another reason for changing from the Woodhead dampers was they had become the critical factor in extending bogie overhaul times. But while the replacement offered cost and life benefits, did the procurement process include specifying the dynamic performance to match the Woodhead’s characteristics?

Did someone, for example, put a freshly overhauled Woodhead damper on a dynamic test rig, measure the key parameters and then put a Pegasus unit on the rig and change the settings until it replicated the performance of the existing damper? Informed sources suggest perhaps not.

Meanwhile, if any reader has a set of Woodhead dampers for a BT10 bogie in their garage, or depot store, please let me know as John Doughty will get them fitted and run a further comparison. He really does want to improve the ride quality of his IC125s. And the way things are heading, they are going to be in service for a few years yet 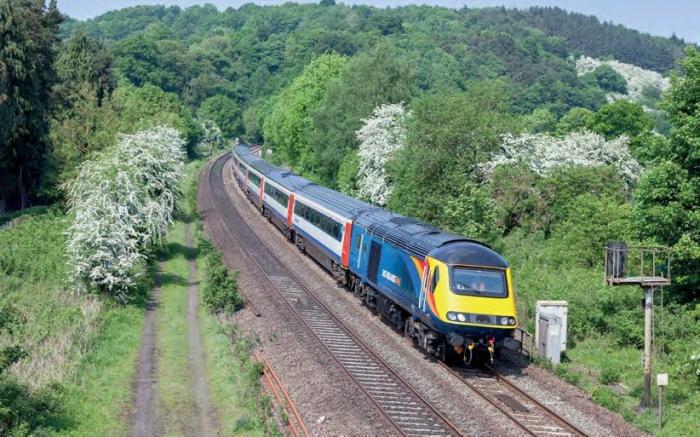 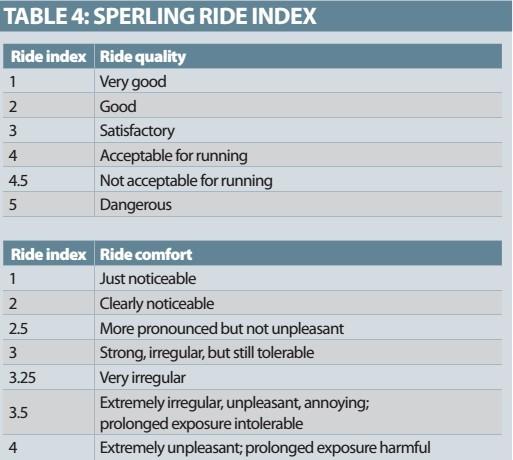