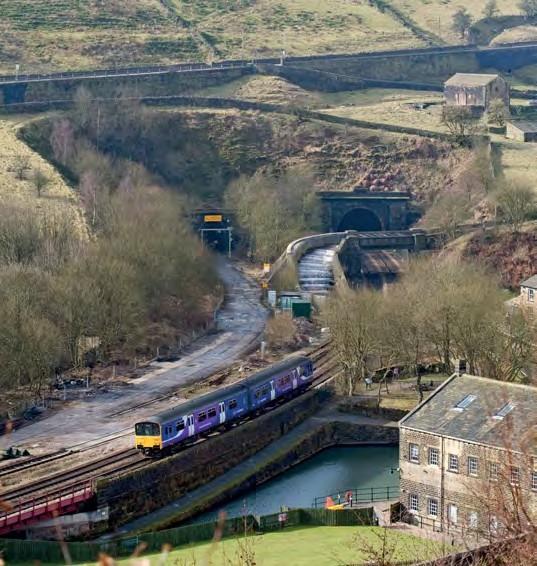 TRANSPORT FOR the North’s emerging vision for Northern Powerhouse Rail, the new east-west link across the north of England, envisages a new trans-Pennine route between Manchester and Leeds via Bradford.

TfN is presently working on a strategic outline business case for NPR, and its partnership board meeting in September confirmed the current thinking on a potential network, with the details reported in a paper presented to the West Yorkshire Combined Authority on 5 October. The work undertaken has considered options for upgrading existing lines or building new routes.

The central section between Manchester and Leeds would see a new line running via Bradford, rather than further upgrades of the existing main route via Huddersfield. Significant upgrades to the Hope Valley route between Sheffield and Manchester via Stockport are also proposed.

Between Liverpool and Manchester, a new route via Warrington is favoured, which would link to the Manchester spur of HS2. TfN also aims to provide capacity at Manchester Piccadilly for eight through NPR services each hour.

The NPR network could be delivered in phases, TfN suggests, building on committed and planned investment, and TfN is lobbying to ensure NPR is fully integrated into the planning of Phase 2b of HS2.