Nothing new works out of the box

This column has been warning for some time now that all these new trains on order are going to cause havoc while they are being introduced and, lo, it is coming to pass. Consider the big-three ‘state-specified’ contracts – Inter-city Express Programme (IEP), Thameslink and Crossrail.

Acceptance of Great Western Railway’s Hitachi Class 800 bi-mode fleet has been deferred by six months because of delays to commissioning Route Section 3 of the Great Western Electrification Project (GWEP).

Testing between Reading and Didcot was planned to start in September 2015; Hitachi could not make the first test run until July 2016. But then interference between the train’s traction equipment and the overhead line equipment (OHLE) power supply halted running. Further runs in September 2016 were no better and acceptance was halted pending a solution to the problem.

Rather like civil engineers and their track, electrification engineers regard trains using their OHLE as a bit of a nuisance. Thus Network Rail’s solution was to put more filters on the trains.

However, since test running on the East Coast main line had not generated similar issues, informed sources reckon the new traction power supply network being used for the first time on GWEP is more susceptible to interference. ‘The system has lots of scope for resonance’, I was told by an electrification informed source, accompanied by a meaningful look.

Having followed Hitachi from the company’s first Verification Train, I’m with the traction engineers on this one. Changes to the Class 800 control software have allowed the acceptance testing programme to restart.

But wit h over a year of test running lost, the contract between the Department for Transport’s train service provider Agility Trains West, which owns and maintains the fleet, and Great Western Railway, has been revised. The original contract saw the five-car Class 800 bi-mode receiving Type Acceptance by 2 February this year.

Under the revised programme the first train should be accepted in September. Seven Class 800 sets should then be available for the start of passenger services during October, compared with 20 trains in the original contract. Delivery of the Virgin Trains East Coast IEP fleet is likely to experience a knock-on delay.

Crossrail’s Bombardier Class 345 Aventra EMUs were due to have been infiltrated into revenue-earning service on the Liverpool Street-Shenfield route at the end of May. This target was missed due to what informed sources call ‘paperwork and some snags that showed up in driver training’. 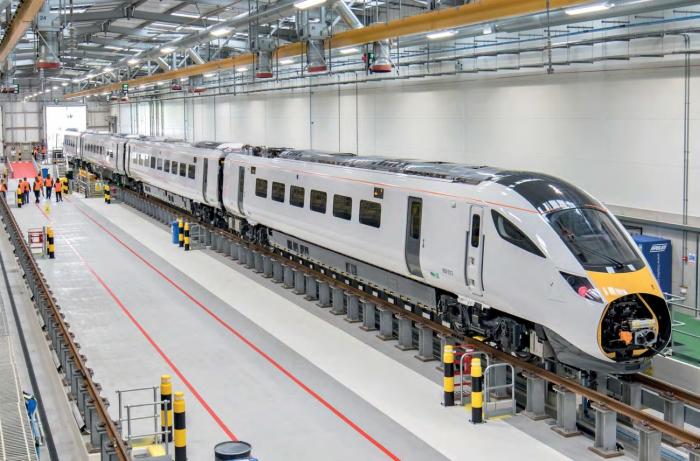 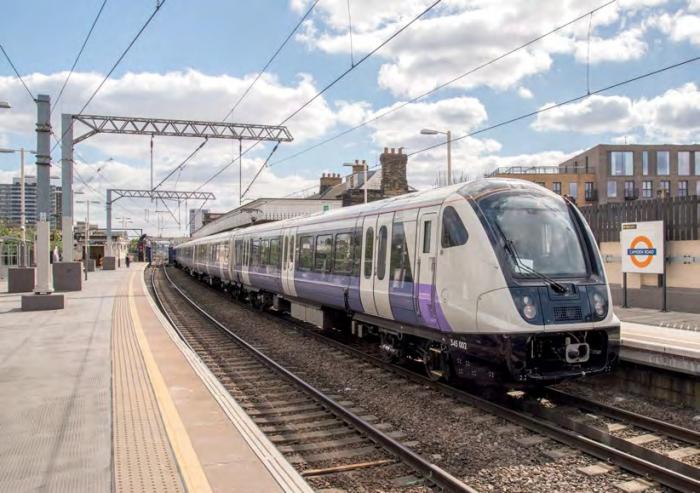 Commenting on the delay, Transport for London Operations Director for the Elizabeth Line, Howard Smith, said in early June: ‘The train is undergoing thorough testing, assurance and approvals before it enters passenger service shortly. Good progress is being made and we anticipate testing being completed within the next few weeks’. He added that TfL is working closely with Bombardier, Network Rail and operator MTR Crossrail. The use of the present tense suggests that there were outstanding acceptance issues requiring further testing.

Because of platform limitations the first 15 Class 345 units to enter service will have seven, rather than nine cars. Eleven are due to be running on the Shenfield line by September.

While Hitachi and Bombardier have been grappling with acceptance, Siemens is in the thick of commissioning, which makes acceptance running seem restful. For rolling stock engineers it is the passengers that are the problem, insisting on using doors and other on-board equipment, sometimes in unforeseen ways. In addition, the operators will insist on having the trains you have promised available for service, and they want them this morning at 05.30. 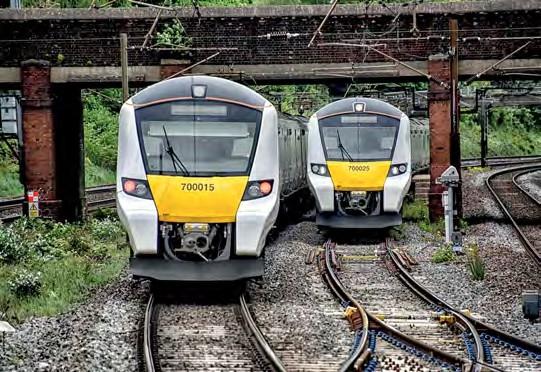 At least the commissioning team is getting serious mileage on the trains. But this inevitably generates infant mortalities among components, or distance-related problems that didn’t show up on the test track.

All these problems are reflected in the fleet’s reliability, as revealed in the notorious ‘bathtub curve’ graph. This refers to a graph plotting failures against time.

In theory the graph starts at a high rate, before falling rapidly to a consistently low level as problems are resolved and then going up again once middle age sets in. Hence the term ‘bathtub’.

However, Siemens’ Class 700 Thameslink fleet seems stuck on the edge of the bath and unwilling to take the plunge (Table 7).

With 42 sets available and nine months’ operating experience, MTIN remains stubbornly below 4,000. Andy Pitt, my long-standing chum and Executive Chairman of Cross London Trains, which owns the Class 700s, argues that comparing his eight and 12-car fixed formation trains with shorter units in multiple can be misleading.

But even multiplied by three, current Class 700 performance is well short of its peer group. I’m not getting at Siemens: IEP and Crossrail have yet to endure ordeal by revenue service. And as for CAF and Stadler, with little or no UK experience, their time will come.