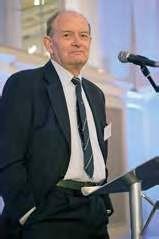 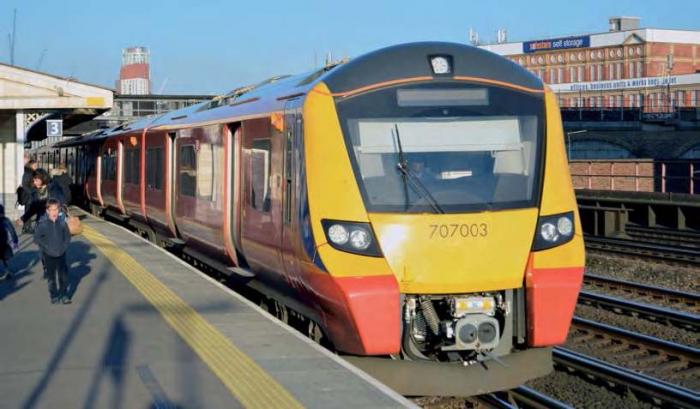 Sun shines on the ‘707’: No 707003 working a Waterloo to Twickenham roundabout trip at Queenstown Road Battersea on 22 February 2018.
David Andrews

Well, at least the latest Period saw all but one of the new leets improve its Miles per Technical Incident Moving Annual Average (MTIN MAA). The exception was Great Western Railway’s Hitachi Class 802 bi-modes, which doubled their TINs for the Period. But as they are still being delivered, there will be ups and downs. Given that the basic Class 800 units acquired under the Intercity Express Programme have now been in service for a year, as with the Thameslink Siemens Desiro Class 700 EMU, the glacial reliability growth remains a puzzle.

For example, with electriication now energised to Swindon, on one day early in November 11 Class 800 units and six Class 802s were restricted to diesel power only. There are also several outstanding gauging restrictions.

I suspect that Labour’s Shadow Transport Secretary Andy McDonald is a TIN-Watch reader to judge by this written question: ‘To ask the Secretary of State for Transport, what assessment he has made of the adequacy of the performance of GTR’s Class 700 in relation to Miles per Technical Incident in each of the last three reporting periods’.

Then Transport Minister Jo Johnson replied that ‘Performance of the Class 700 trains has steadily improved since they were irst introduced in 2016, similarly to other new train leets as initial teething issues are resolved’. Well, that’s true, but it doesn’t answer the question. Meanwhile the MTIN MAA to beat remains the Northern Class 142 at 8,867.