NORTHERN HITS BACK AT OLR PLAN

NORTHERN’S OWNER Arriva has hit back at claims the company should be stripped of its franchise after Transport Secretary Grant Shapps told the House of Commons Transport Committee the Operator of Last Resort may be called in to take over.

Mr Shapps said on 16 October he had issued a request for proposals from both Arriva and OLR, saying of the franchise: ‘I consider that it cannot continue delivering in the current delivery method… sorting out the big infrastructure build – Leeds to Manchester and the whole of Northern Powerhouse Rail – and the here and now of the fact that in some instances trains are just too unreliable are the big areas’. Mr Shapps said the request for proposals was the first phase of ‘either going to a direct award or an operator of last resort’.

Arriva took over the Northern franchise in April 2016 on a nine-year term. Arriva’s UK Trains Managing Director Chris Burchell has told Modern Railways: ‘We have to have the honest conversation and say we need to move on somehow, which is why I think a new plan is the right answer. One that still addresses capacity but also delivers a reliable service that works for the North; the big city regions are bursting and need growth. There is a failure of the franchise plan that was originally intended, but not necessarily a failure of Arriva or of Northern. That is the distinction that needs to be clear because it’s just too simplistic to say Arriva or Northern has failed and they shouldn’t be rewarded. There’s no reward going on with the pain we’re taking on this.’

■ the late delivery of new trains, requiring the retention of Pacers beyond the end of 2019;

■ poor service punctuality and reliability, caused by the inability of the infrastructure to handle its planned timetables; and

■ a series of industrial disputes, mainly connected with obligations set out in its franchise agreement.

Chris Burchell told Modern Railways that, whilst it might seem attractive to blame the operator, the various issues facing Northern are not of its own making. ‘Most of what’s happening there has been or continues to be outside our direct control’ he said. ‘Those issues and those challenges will remain no matter who is operating that franchise and what name is on the side of the trains. They still need to be fixed and some of them are deep seated and some are really quite tricky. It’s the most complex set of circumstances that perhaps any franchise is trying to handle. I think we are best placed to deal with all of that, albeit we need patience and we need time, and frankly we need a new plan.’

Despite widescale recognition of this being the case, the Secretary of State is under intense local pressure to act. The apparent reluctance of Transport for the North to take any responsibility for the situation has complicated matters. TfN, through Rail North, played a key role in setting the Invitation to Tender specification for the Northern and TransPennine Express franchises and has strong oversight of the franchises via the Rail North Partnership, which include uplifts in service which have subsequently turned out to be undeliverable. The ITT also called for a move to driver-only operation on an increasing proportion of Northern services and this requirement has led to 47 days of industrial action by guards.

In a statement issued on 10 October, David Hoggarth, Strategic Rail Director for Transport for the North, said: ‘Our view is that, in the event that the franchise was to become unsustainable, our absolute priority would be to put customers first and maintain continuity of services and we have shared our views with the Secretary of State for Transport.

‘In order to rebuild confidence with the travelling public we are of the view that, should it be necessary, putting in an Operator of Last Resort would be the only feasible solution for any interim arrangement. We’ve been clear that, in establishing any such arrangement, Transport for the North – and its members including city leaders and metro mayors – should have a strong involvement in the scope of this and in the oversight of the interim operator.’ 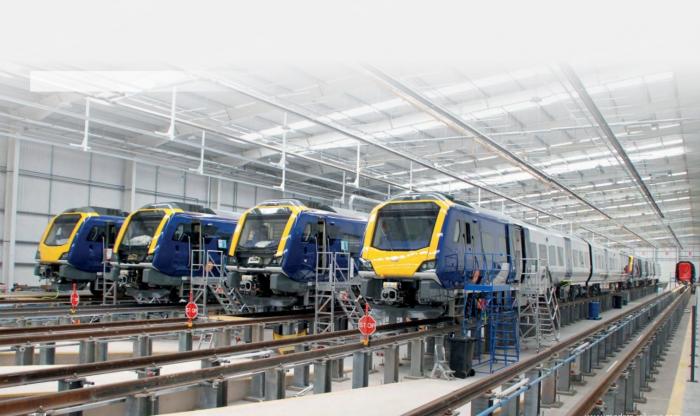 However, Chris Burchell told Modern Railways Arriva would be best placed to continue operating the franchise, saying: ‘If the operator changes hands next year into the Operator of Last Resort the problem with the delivery of new trains and the Pacers, staff terms and conditions and the infrastructure constraints will be the same for the OLR as they are for us’.

Mr Burchell explained that plans within the franchise agreement had become impossible to deliver as the vision of infrastructure improvements, electrification, platform schemes and decongestion work that would enable timetable and service improvements failed to materialise. ‘We’re now in a situation where we are delivering 2,000 more services a week but on a hugely congested network that isn’t frankly fit for the plan we’re trying to deliver’ he told Modern Railways. ‘The vision we had back in 2015 which we all signed up to and the Northern leaders signed up to and the DfT signed up to is no longer valid. It doesn’t work. Whoever won this franchise would have faced the May 2018 timetable problem because of the way that came about. People get very cross that what they think has been promised is a broken promise from Northern and it’s very frustrating. It’s not a broken promise from Northern at all, it’s a collective system inability to deliver that plan, so if it can’t be delivered we need a better plan.’ 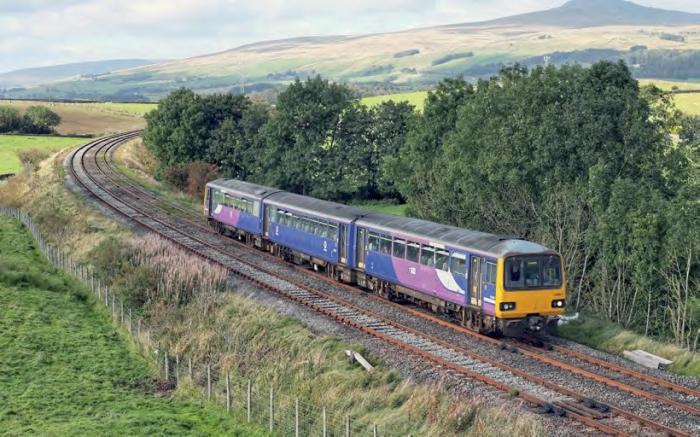 Temporary reprieve: Ingleborough looms over a Class 144 at Eldroth on the ‘Little North Western’ Morecambe to Leeds route on 13 September 2019.
Tom McAtee

Mr Burchell reiterated his view that a change of operator would be a distraction from these key issues and would actually ignore the real issues that need to be addressed on the Northern network. ‘Richard George (who led a review into performance across the North of England) and Network Rail are suggesting we may need to reduce the service because we’re now in a place where we’re running too many trains’ said Mr Burchell. ‘Yet every stakeholder I’ve talked to says the trains are overcrowded – we need more trains. The new plan really needs to look at what is the right timetable that matches the capability of this current network and the investment plans that we have for this network.’ Some industry observers have suggested running fewer but longer trains, certainly in the short term. ‘That has to be the right answer’ Mr Burchell agreed.

Addressing industrial relations issues, Mr Burchell said Northern needed to change and improve the current terms and conditions for drivers ‘so that we can deliver a seven day a week railway that is reliable in the North West’, saying ‘we’ll work with ASLEF (the drivers’ union) constructively to do that’. Mr Burchell also said Northern had been working ‘extremely hard’ with the RMT union to resolve disputes surrounding driver-only operation of services, saying: ‘It was part of the agreement that to modernise the service in the North we had to change the operation and perhaps change the roles of people in certain places. That’s not necessarily de-staffing the railway, I don’t think anyone is in favour of that, but it would require a change of operation and a change of role. That has positioned us into a very difficult place but effectively the original franchise proposition was set up on having the right people in the right place. The previous rail minister has since made clear his view that there should be a second person on every train and that has moved the debate forward a bit and that’s the basis on which we’re now discussing things.’

PACERS TO STAY UNTIL MAY

Government has confirmed both Class 142 and Class 144 Pacers will be retained by Northern into 2020, beyond the deadline for compliance with Persons with Reduced Mobility (PRM) regulations.

In a written Parliamentary answer on 21 October, Rail Minister Chris Heaton-Harris explained that subject to PRM dispensation Northern would retain up to 11 Class 142s until 17 February and up to 23 Class 144s until 17 May next year. ‘The Pacers will operate mainly in South Yorkshire including Sheffield to Gainsborough Central, Huddersfield and Doncaster as well as areas of West Yorkshire and Manchester’ he explained.

Discussing the issues regarding Pacers, Mr Shapps told the Transport Select Committee on 16 October: ‘Here is the dilemma. I will tell you directly. I went back with exactly that question, and, yes, we can remove them, but what will go in their place? Nothing. There will just be a gap in the timetable. When you are faced with that sort of dilemma, clearly no one in their right mind is going to say, “Just don’t run any trains”. We will do everything possible, including looking at the feasibility of whether there are other trains that can be used. These are all live issues that I am looking at, as we talk this morning.’

Arriva UK Trains MD Chris Burchell says Northern is anxious to withdraw its Pacers as soon as possible. ‘We desperately want to get the Pacers out, no-one wants them out more than us, but the delay we’ve had from the manufacturer makes that impossible’ he explained. ‘That delay has had a secondary effect in concentrating all the driver training into a much shorter timeframe than we had originally planned, which means we’re having to take more risk from a day-to-day basis of having drivers out on the network being trained, so that we can actually get rid of the Pacers.’