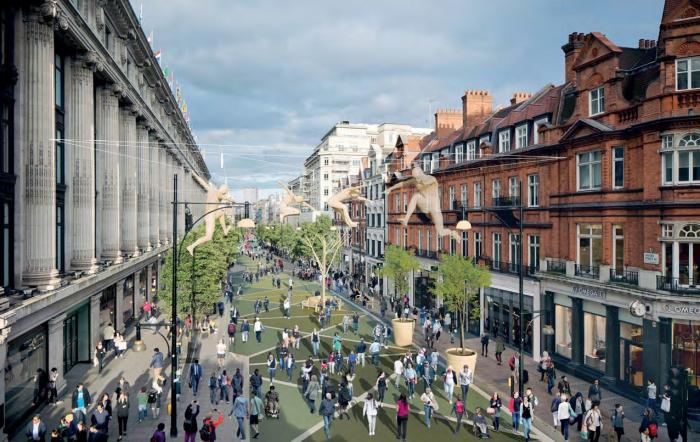 The Elizabeth Line is poised to transform rail travel in the capital. Even before it opens, the consequences of Crossrail are being played out as people choose where to live and businesses weigh up where best to locate with a mind to the journey time savings that are promised from December 2018.

In November last year there were signs that Crossrail would deliver an early regeneration legacy. Mayor of London Sadiq Khan and Deputy Leader of Westminster City Council Robert Davis announced plans to part-pedestrianise the capital’s best-known shopping street, Oxford Street. The first stage, western section, would see all east-west traffic restricted from entering Oxford Street between Orchard Street and Oxford Circus. Subject to the results of public consultation, the aim was to deliver this scheme by December 2018, when the Elizabeth Line is scheduled to open.