Wouldn’t you know it? After I had sent off the October column to the Editor I used the lull in writing to carry out one of my routine trawls of the DfT website – and found that the table of trains being refurbished to be compliant with the accessibility regulations that become mandatory from 1 January 2020 had been updated and now includes just over 3,000 vehicles.

Rather than copy and paste it here I have separated EMUs and DMUs, put them in class order and added build years plus approximate ages rounded off to the nearest five years. I think it is safe to say that anything with a diesel engine underneath with emissions grandfather rights is safe from the gas torch. Certainly a lot of steel sheet is being used up on Class 150 corrosion repairs, even though the nominal book life has been reached.

But the EMU table rewards some study, not least to see what isn’t there. For example, the Class 323 fleet used on the CrossCity service in Birmingham is absent, but now we know this is to be replaced by 36x3-car Aventra EMUs from Bombardier (p15, last month).

As for those on the list, at one extreme we have the Class 315s, which are surely for the chop unless the Cardiff Valleys electrification is really hard up, and the Networkers, where work is ongoing.

It is indeed a mad world my masters. 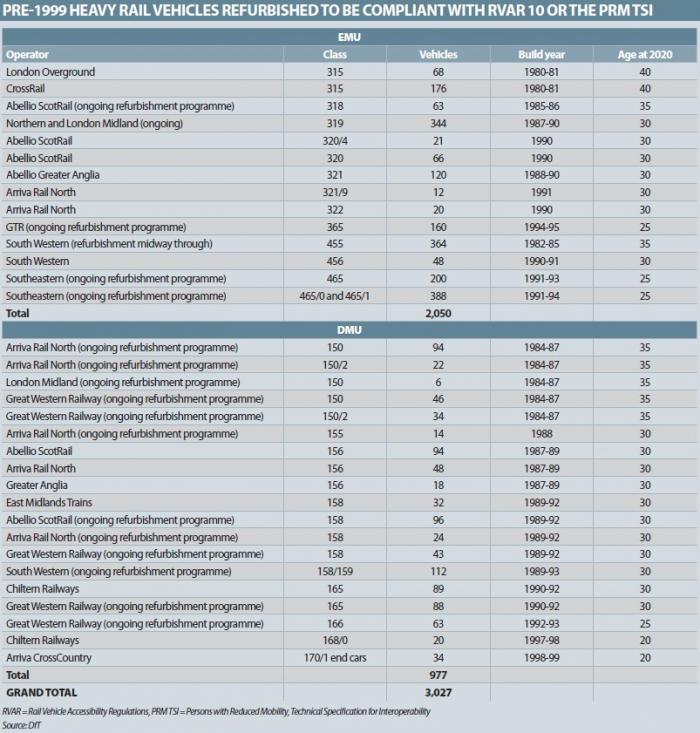