If NASA has it right, a rethought approach to software is the way to climb up the New Train TIN-Watch table

According to informed sources, among their various teething troubles the Class 755 bi-modes have suffered with engine problems, including oil and fuel leaks. Each four-car ‘755/4’ has four Deutz diesel engines and can remain in service with one, or even two, shut down. The ‘755/3’ has only two engines, and if one shuts down it is a case of limp back to depot. 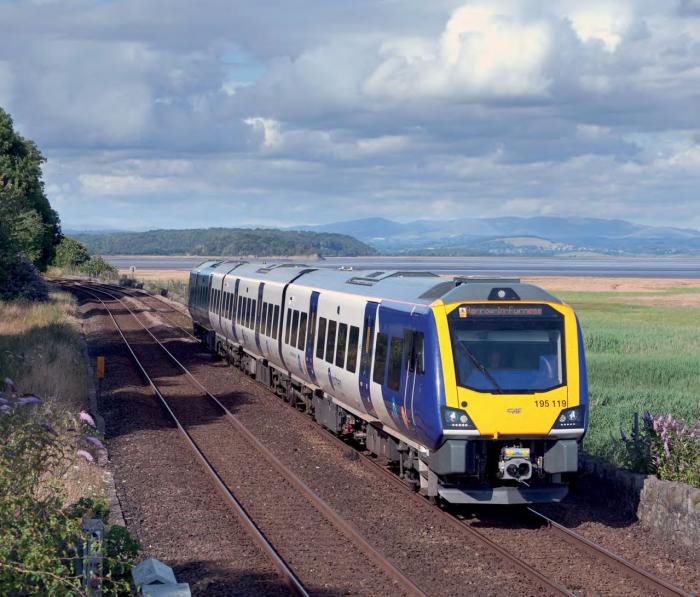 This month’s ‘benchmark of embarrassment’ features the least reliable Class 150. Entirely coincidentally, it marks the dividing line between ‘disappointing for a new train’ and ‘truly awful’.

Similarly, Great Western’s Castle Class ‘Pocket Rocket’ IC125s delineate the stage in development where 15,000 MTIN, which rule-of-thumb suggests is the point at which reliability is no longer a major factor in performance, is in sight.

Finally, six of the top 10 places in the table are held by Hitachi fleets. Which is not to say that all is sweetness and light.

While concentrating on getting the trains into service, Hitachi appears to have lost focus on the fact it was going to have to maintain the two Intercity Express Programme fleets for the next 27½ years.

One result is that daily service is revealing that some routine maintenance activities are taking up to twice as long as anticipated – ‘more trains than usual needing repair at the same time’ in LNER social media speak. This is being reflected in cancellations and short formations.

I suppose the Deltic maintenance contract pioneered the train service provision deal. English Electric guaranteed fleet mileage and availability. We at the depots supervised running maintenance by British Rail staff, but also put on our overalls when it came to exams and modifications. The depots were also maintaining other types of locomotive, and the English Electric/Napier teams were in effect guests at the depots.

GEC Alsthom’s Northern Line rolling stock contract was probably the first Total Train Service Provision deal where the manufacturer supplied the trains, took over the depots and the workforce and was responsible for long-term maintenance. The train service contract was signed in 1995 and runs until 2033, with options to terminate in 2017 and 2027.

Rather like printer ink, with Train Service Provision contracts the real value to the manufacturer lies in the ongoing payment for maintenance, mid-life refurbishment and spares supplies. Street-wise Metro-Cammell realised efficient maintenance was key to long-term profitability.

With the Northern Line fleet, this was reflected in the contracts with suppliers of major components who were required to specify the time to carry out maintenance and repair tasks. For example, Brecknell, Willis was required to commit to the time taken to replace a collector shoe beam.

So far, so prudent. But when the first train was completed sub-contractors were invited to Washwood Heath and asked to complete the specified tasks against the stopwatch. Finding out how long jobs take only when a train arrives on the depot is not a good idea.

As with Great Western, LNER services are also being affected by the combination of fleets imposed by the Department for Transport under the Intercity Express Programme contract. When deliveries are complete, LNER will have 65 sets for 54 diagrams – an undemanding 83% availability. However, with four sub-classes availability becomes tighter.

While Class 800 bi-modes can substitute for Class 801 electrics, depending on the duty, an electric may not be able to step up for a bi-mode. This is compounded by the mix of five- and nine-car formations in both traction flavours. In common with Great Western, five vice nine or five vice 10 has been all too common, wrecking seat allocations and causing chronic overcrowding. And that is before you introduce IC225 sets.

As reported (‘Moving Wheels’, last month), availability is particularly demanding in the case of the bi-modes, where 13x9-car and 10x5-car units have to cover 14 previous IC125 diagrams plus Lincoln and other beyond-the-wires services. The proposal is to acquire up to 10 more nine-car sets while also retaining up to 10 IC225 sets until these have been delivered.

Easily said. But fitting this additional maintenance workload into Bounds Green, Doncaster and Craigentinny is going to give the depot planners some sleepless nights. 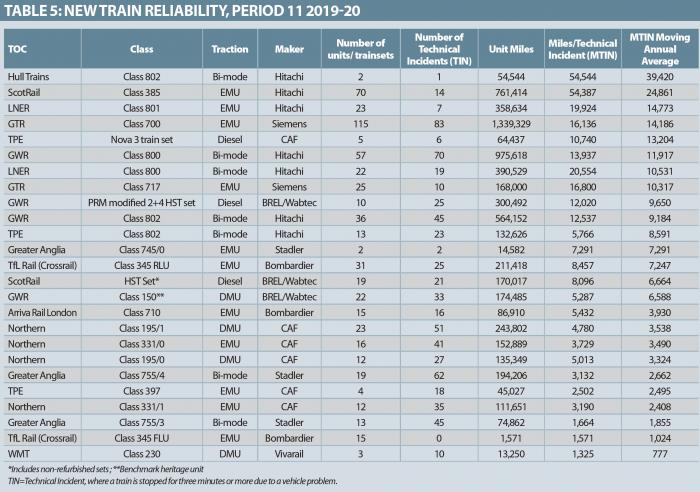 Announcing that 75 of the 101 new trains ordered are now carrying Northern customers, Northern claimed ‘following early teething problems which are to be expected with state-of-the-art equipment, those early units are now as reliable as Northern’s existing fleet’.

There is a tendency to assume the rolling stock manufacturers are unique in having problems with the new generation of what I term ‘software-enabled trains’. After a number of failures with a test flight of its new manned space capsule, Boeing is going to have to re-verify all one million lines of software code. 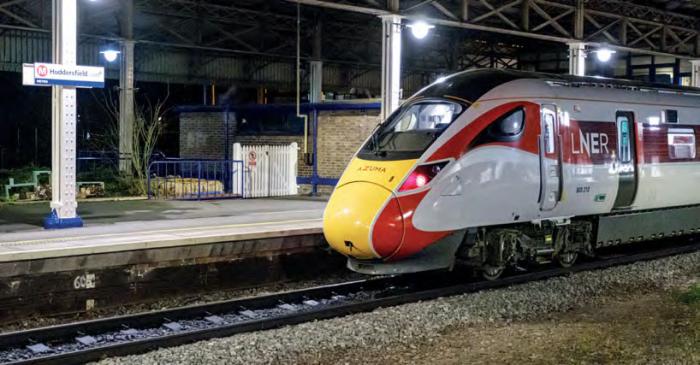 Complicating the rostering task: LNER is expanding its list of destinations, with Huddersfield set to gain a daily out-and-back service to King’s Cross in May. This is No 800210 at the West Yorkshire town on the evening of 26 February 2020, after arrival on a trial trip from Neville Hill.
Russell Wykes

I thought this comment by the Chair of the NASA Aerospace Safety Advisory Panel was apposite to our industry’s current concerns. ‘We are no longer building hardware in which we install a modicum of enabling software. We are actually building software systems, which we wrap up in enabling hardware, yet we have not matured to where we are uniformly applying rigorous systems engineering principles to the design of that software’.