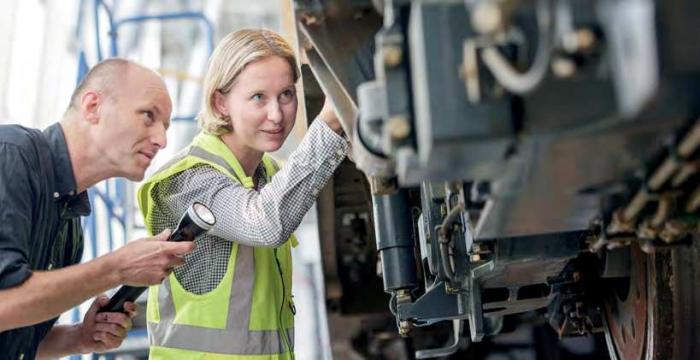 “I was thrilled when she was offered the role. Coming from the care sector, hers was not a typical route into the rail industry. But I could see she had something to offer.”

Carolyn Salmon, a Lead Assessor and Signatory at Ricardo, is reflecting on her first year in the Women in Rail Mentoring Programme.

In February 2020 Carolyn was matched with a mentee who had been finding it difficult to gain a foothold in the industry, despite self-funding her way through an engineering course and evidently displaying a passion for rail.

“She had qualifications from her training course and was gaining occasional nightshift trackwork experience on a zero-hours contract, but she was trying to fit it all in around her main job in the care sector”.

“She had already sent out several applications for a rail engineering role without success and was beginning to worry that her experience was not going to be relevant enough to secure the full-time role she had devoted so much time towards achieving”.