Liverpool to Leicester service under consideration

TRANSPORT FOR the North has recommended the endorsement of a number of schemes to be taken forward in the development of a shortlist that might be funded through a Service Option Scheme Fund to be established by Northern and TransPennine Express. Around 70 schemes are to be investigated further from an original long list of over 200 potential improvements suggested by TfN member authorities. Highlights of the many schemes being considered for Northern are:

■ an extension of the Liverpool – Manchester – Crewe via Chat Moss and Manchester Airport service to Alsager and Stoke-on-Trent;

■ regular services between Ellesmere Port and Helsby (with possible extensions to Manchester);

■ increased frequency of services between Blackpool North and Liverpool;

■ doubling of frequency between Huddersield and Sheield and on Manchester – Kirkby services; and

■ an increase from three trains per hour (tph) to 4tph between Rotherham and Doncaster and regular services between Sheield and York via the Dearne Valley.

Many other existing services in the metropolitan areas, particularly around Manchester and Leeds, could see earlier and especially later trains, extensions beyond the existing start/inish points, increased frequencies and signiicant improvements to Sunday services.

The report also suggests later trains should be assessed in the North East on routes operated by TPE and Northern, with the new Northern Connect service to be introduced from Carlisle to Newcastle-upon-Tyne extended to Redcar/Saltburn, James Cook/Nunthorpe, Yarm, Northallerton and/or Darlington.

Two other key schemes to be developed are a scheme to improve reliability and calling patterns on the North TransPennine route between Leeds and Manchester and options to improve connectivity at Saltburn.

As part of the review process TfN and Rail North note that any changes should be:

■ deliverable on the current infrastructure;

■ additional to the Train Service Requirement already contracted; and

■ additional to the schemes already being worked on by train operators or assessed through other means. 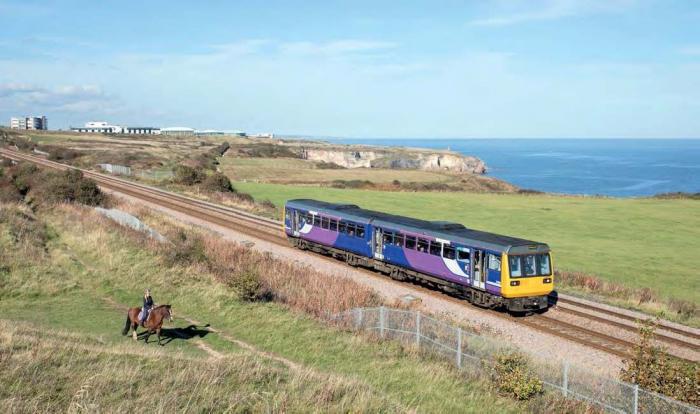