TRAFFIC MANAGEMENT AT THE CROSSROADS

This month’s ‘Informed Sources’ is devoted to the current state of Traffic Management (TM) on Network Rail. July marked the 10th anniversary of Network Rail’s original TM procurement Notice in the Official Journal of the European Union (OJEU).

In the exclusive features that follow you will find an update on the fruits of that original procurement, plus reports from the front line of two more-recent approaches to the subject. This review is timely because Network Rail is embarking on another round of TM procurement.

On 15 May this year Network Rail Infrastructure issued an OJEU Notice inviting expressions of interest in the role of Traffic Management Partner (TMP). The procurement covers two framework agreements, one for the Eastern Region and the other the London North Western Route.

Each agreement will have a single supplier, although one supplier could be awarded both. Estimated combined value is £180 million.

Lot 1 will establish a framework contract covering the supply of TM systems anywhere within the Eastern Region, including the trans-Pennine route. Any TM system delivered will need to ‘technically integrate’ with adjacent systems in Lots 1 and 2, plus other TM systems ‘as well as other partners currently

being procured by Network Rail’. 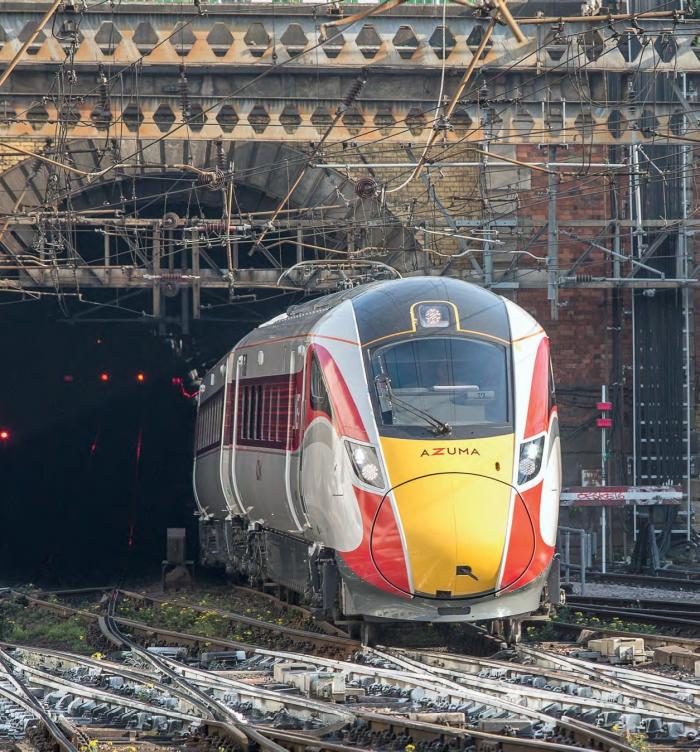 Estimated value for Lot 1 is £108 million. The initial contract term will be four years with the option for extension, ‘in annual increments’, up to a maximum of eight years. It was envisaged that four firms would be invited to bid.

Procurement is part of the East Coast Main Line South signalling upgrade under the Digital Railway Programme. The other component is the Train Control Partner, which will be responsible for installing the European Train Control System (ETCS) between London and Peterborough.

Lot 2 covers a similar framework for TM ‘anywhere within the geographic scope of Network Rail’s LNW North Route, including the TransPennine route’. Yes, I know that under devolution LNW Route no longer exists, but the OJEU was issued in May. This has the same terms and conditions and is valued (Lord knows how) at £72 million.

While the formal ‘contracting entity’ is given as Network Rail Infrastructure Ltd, the document lists the address of the buyer profile as the Digital Railway website. Table 1 includes details of Digital Railway’s procurement record to date.

As reported in this column, after spending well over £100 million, the Digital Rail programme managed to get two heavily despecified installations in service three years late.

According to the press release announcing the start of the latest TM procurement, ‘the traffic management system will be the first tailored system on the network designed and developed in conjunction with industry partners, reflecting a new way of working for Network Rail. The new way of working involves Network Rail teaming up with providers early to combine operating and infrastructure knowledge with suppliers’ technology expertise, to design solutions based on collaboration from the start of the process’.

When you read on you will soon see that this is complete and utter tosh. The first tailored system on the network went live in June 2018 and, after an evaluation period, Resonate’s Luminate Traffic Management system is ‘business as usual’ on the Great Western main line. Obviously, this doesn’t count in the Digital Railway bubble and you can understand why. Note the frightening reference to designing solutions ‘based on collaboration from the start of the process’. That looks like an action replay of the first unsuccessful TM procurement round where suppliers were paid to adapt their existing systems to UK operating practices.

In contrast, based on experience from three decades of train control dating back to the original Integrated Electronic Control Centres (IECC), UK operating practice is baked into Luminate.

Time for the new Regional Managing Directors to step in and pause the ECML TM procurement. On Eastern Region, York Rail Operating Centre (ROC) and the Liverpool Street IECC both have the same IECC Scalable as Great Western’s Thames Valley Signalling Centre. Both could be equipped with Luminate Integrated TM within months, drawing on the GW experience. Mighty Liverpool Street could then have Platform Docker like tiny Marylebone.

Over at the North West & Central Region, Tim Shoveller is already concerned about the limitations of the flavour of ARS at Manchester ROC.

When he arrives from Chiltern, the new Central Route Director, Dave Penney, who has helped champion the expansion at the Marylebone IECC, is unlikely to be happy with some unknown traffic management solution from across the Pennines when Siemens could evaluate its new system at Manchester ROC.

As this is the anniversary of Monty Python, John Cleese needs to step in and say: ‘silly, silly, stop this procurement’.

National rollout planned to start From 2014

CCF Control Centre of the Future

OJEU Official Journal of the European

Union, where contracts are listed