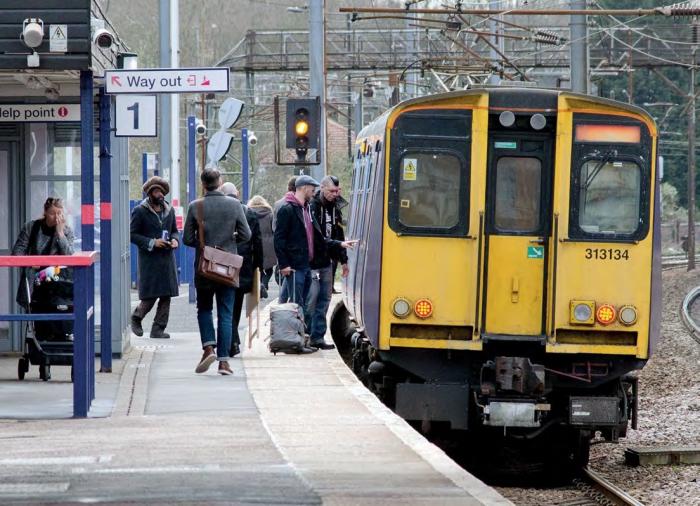 Prioritising the interests of passengers and taxpayers: passengers board a Class 313 at Harringay on 18 September 2016. Tony Miles

Grayling talks the talk, but the Chairman’s ankles have been shackled

As reports of a new Railway Review multiplied during the summer, I came up with a standard response when asked for my three penn’orth. ‘Ownership is irrelevant: it’s the structure that counts.’ As time passed this condensed to ‘structure not ownership’.

So I was gratified to hear Transport Secretary Chris Grayling say in an interview when the Review was made official on 20 September: ‘We need an integrated railway. It’s not about ownership but about ways of working’. Close enough, but sound bites do not terms of reference make.

Of course, no politician launches a review without knowing the answer he wants. And, sure enough, when the details of the Review were announced on 12 October my inner cynic was not disappointed. The terms of reference presented to Independent Chairman of the Review, Keith Williams, belie its progenitor’s bravado.

Described as a ‘sweeping review to transform Britain’s railways’ and the ‘most significant since privatisation’, the Review comes hyped to the max. In the September pre-launch there was talk of ‘looking at the structure of the whole rail industry’, including increasing integration between track and train. Now, the overall task is to recommend ‘the most appropriate organisational and commercial frameworks

It’s hard to disagree with that. But despite being heralded as ‘comprehensive in its scope and bold in its thinking, challenging received wisdom and looking to innovate’, the terms of reference are more prosaic.

For example, the recommendations should support ‘delivery of commercial models for the provision of rail services that prioritise the interests of passengers and taxpayers and industry structures’ (plural) that promote ‘clear accountability and effective joint-working for both passengers and the freight sector’.

Then mission creeps starts. DfT is looking for a rail network that is financially sustainable and able to address long-term cost pressures, while offering good value fares for passengers and keeping costs down for taxpayers. Wasn’t that the remit of the McNulty Review in 2011?

Recommendations should also avoid negative impacts on the public sector balance sheet or creating additional government expenditure beyond ‘reasonable transition costs’. Mr Williams will be working within DfT’s settlement under the 2019 Spending Review.

As always, comparing what was said then with what is said now is fruitful. According to the headline in the 20 September press release, Mr Williams was to lead a ‘root and branch’ review. Mr Grayling declared that ‘incremental change, evolution, is not sufficient’. To the barricades then? Er, well perhaps not that revolutionary.

Where now the terms of reference talk about ‘commercial models’, the September statement was clear that the Review would ‘build on the Government’s franchising strategy – bringing track and train closer together to reduce disruption and improve accountability, and considering regional partnerships’. And, again, the Review ‘will make recommendations to improve the current franchising model in terms of reliability, delivering better services and value for money for passengers, commercial sustainability and innovation’. 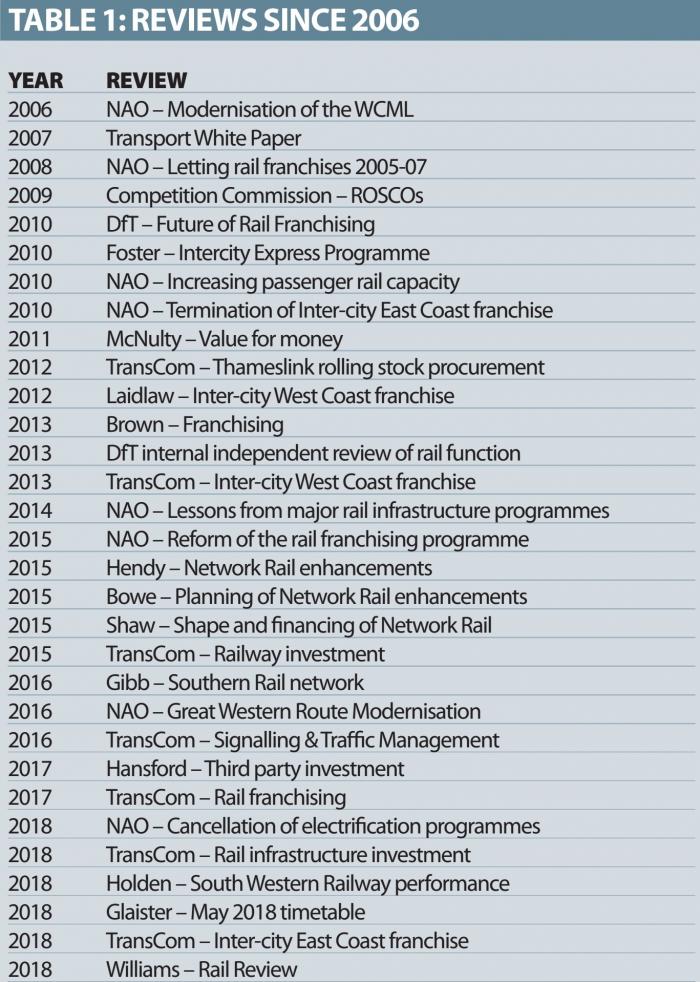 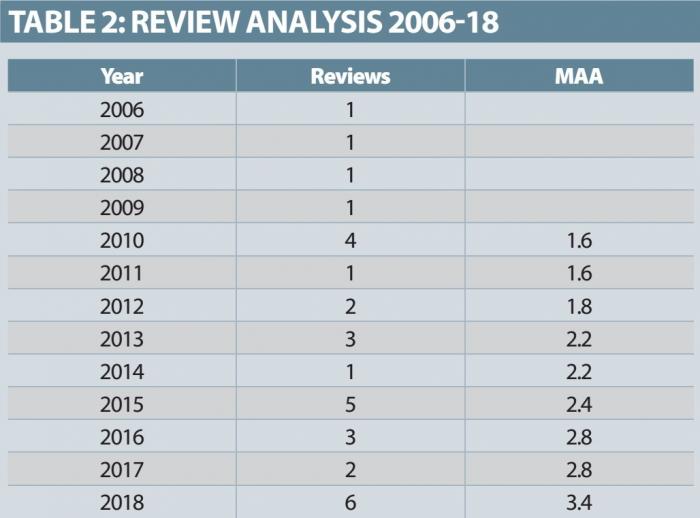 Since the current state of franchising makes the wreck of the Hesperus look like Cutty Sark on a broad reach, it seems as though Mr Williams’ card is being marked. But franchising and partnerships epitomise a railway where, as Stephen Glaister put it in his interim report on the May timetabling fiasco, ‘nobody is in charge’.

Consider this passage from the 20 September statement. ‘We have set out plans for closer partnerships between operators of track and train, including on the LNER and South Eastern networks.’ That gives an entirely new meaning to ‘setting out plans’.

Even ‘intentions’ would be a bit strong. Let’s be generous and settle on ‘inchoate aspirations’. Despite saying it’s no longer about ownership, it seems that within Government public and private sectors are still seen as separate entities. 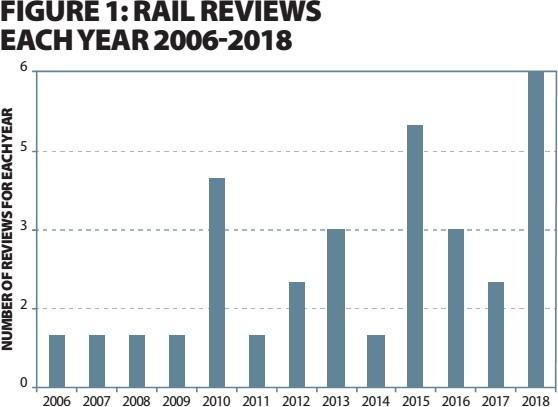 As a final thought, for this month at least, note the reference in the box on the focus for the review to the term ‘leveraging the commercial model’. This is one of those buzz-phrases that sound equally dynamic and meaningless when rearranged. For example, before Mr Williams and his panel start work, I am sure they intend to model the commercial leverage.

With the Williams Review announcement it occurred to me that we seem to have had a plethora of rail-related reviews of various kinds in recent years. A check of perception against reality came up with the list in Table 1.

That’s 30 reviews since the 2007 White Paper ‘Delivering a sustainable railway’, or 31 if you include the 2006 National Audit Office (NAO) report into the West Coast Route Modernisation. The next stage was to plot the distribution (Figure 1).

Finally, Table 2 adds the five-year moving annual average (MAA) in terms of reviews per year. From these data I think we have the making of a new ‘Informed Sources’ Law, namely, the health of the railway industry is inversely proportional to the five-year MAA of Government-initiated rail-related reviews. Applying this Law suggests that things have indeed been getting worse.

Of course, there is always the possibility of a feedback loop at work. As Fiennes remarked, each reorganisation contains the seeds of the next. Perhaps this also applies to reviews?

On the other hand, are reviews that influential? McNulty is now almost forgotten, leading to the further thought that, rather like radioactive elements, review recommendations decay. A half-life of seven years seems about right

FOCUS OF THE WILLIAMS REVIEW

The review has a wide scope and will focus on:

■ the roles and structures of all parts of the industry, looking at how they can work together more effectively to reduce fragmentation, improve passenger services and increase accountability;

■ how the railway can support a fares system that delivers value for money for passengers and taxpayers; and

The Review’s recommendations should support delivery of:

■ commercial models for the provision of rail services that prioritise the interests of passengers and taxpayers;

■ rail industry structures that promote clear accountability and effective joint-working for both passengers and the freight sector;

■ a system that is financially sustainable and able to address long-term cost pressures;

■ a railway that is able to offer good value fares for passengers, while keeping costs down for taxpayers;

■ a rail sector with the agility to respond to future challenges and opportunities.