Because the Fleet Challenge reliability data is based on 13 four-weekly reporting Periods and this column appears monthly, eventually we fall behind. As a result this is a ‘leap month’, when TIN-Watch catches up with two tables to study.

Note that the number of units in service is not being kept up to date. All but two of the 36x5-car units have been accepted, plus some of the nine-car sets.

Despite the MTIN bouncing back to nearly 7,000 in Period 5, at 94 the number of TINs is still high compared with the 56 recorded in Period 3. We are also waiting on the uprated Class 802 ‘West Country’ units to enter the table.

GTR’s Class 700 reliability is still flatlining. DfT has just released the Operational Readiness Review from the May meeting of the Thameslink Industry Readiness Board (IRB). This showed that the target reliability for May of 15,000 MTIN had been reduced to 12,000 MTIN ‘subject to mod 3.23.2’, which was awaiting sign-off. The Review listed the status of four other modifications, but, oddly, the detail of the mod was redacted. These were the only redactions in the Review.

Finally, while the small number of Crossrail’s Class 345 Full Length Units (FLU) has broken the 10,000 MTIN barrier, I suspect this may be a statistical quirk. More positive is the South Western Class 707, fleet which has met the TIN-Watch baseline of a higher MTIN moving annual average (MAA) than the best Pacer.

Progress of a sort. But while informed sources predicted reliability issues with the flood of new trains entering service, the slow improvement remains a matter of concern. 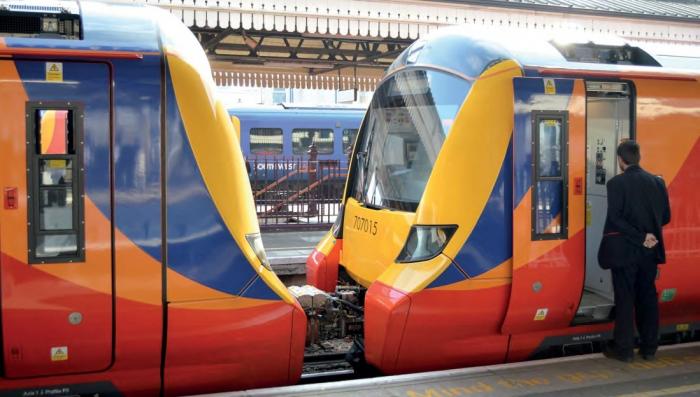