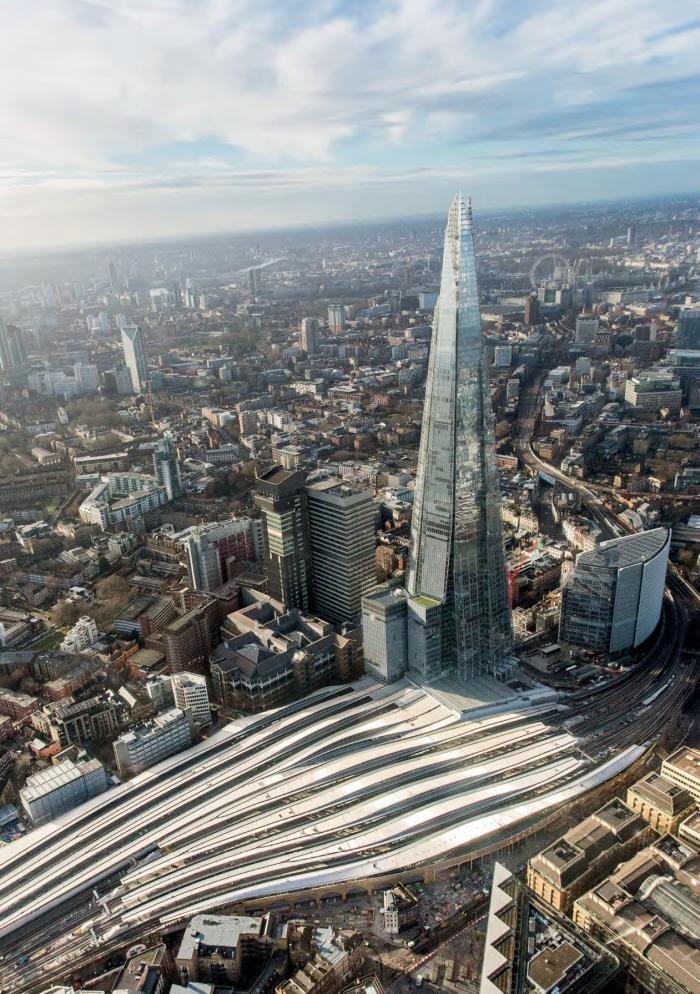 New London landmark: the rebuilt London Bridge and the Shard as seen from the Network Rail helicopter. Courtesy Network Rail

Prince William, the Duke of Cambridge, officially reopened the rebuilt London Bridge station on 9 May.

The Prince arrived at the station on a new Class 700 train, built by Siemens for the Thameslink route, where he met Transport Secretary Chris Grayling and Network Rail Chief Executive Mark Carne. After descending into the new concourse the Prince met apprentices, project leaders and staff involved in the redevelopment.

A performance by children from the local primary school preluded the unveiling of a ceremonial ‘sleeper’ to mark the completion of the improved station.