Modern Railways RVE cemented its position as the UK’s leading dedicated rolling stock event as the show returned to Derby Arena on 3 October. Now in its seventh year, the show continues to grow and evolve to reflect the changing market it serves.

The show hosted 59 exhibitors covering all facets of the rolling stock market. Companies showcasing their products and services included leading names such as Platinum Sponsor Porterbrook, Chrysalis Rail, Gemini Rail Group and Vivarail. There were also a number of debut exhibitors at the show, displaying products ranging from electronics to seats and passenger information displays. The exhibitor representation at Modern Railways RVE covered the full gamut of the rail vehicle enhancements market.

Also hosting a prominent presence was UKRRIN (the UK Railway Research and Innovation Network), building on a busy year where highlights have included the launch of HydroFlex, the UK’s first full size hydrogen-powered train. UKRRIN’s support as a silver sponsor demonstrates both its commitment to the industry and Modern Railways RVE’s place at the cutting edge of the sector.

A major attraction of the show is the market-leading RVE Meet The Buyer event. The exponential growth of this aspect of the show has been remarkable and demonstrates the importance of Modern Railways RVE as a meeting place for this sector of the industry.

Rail Forum Midlands co-ordinated this year’s event in conjunction with the Department for International Trade. The number of meeting booths rose from 29 last year to 42 this year, presenting RFM with the unenviable task of co-ordinating the schedule for 310 appointments across the day, some 100 more than in 2018. The scale of the event meant RVE Meet The Buyer expanded onto the arena floor for the first time.

As in previous years, the buyers were predominantly UK-based. All six companies involved in bids for the HS2 rolling stock contract sent buyers to the show, along with two of the leading rolling stock leasing companies, operators, consultancy firms and maintenance specialists.

The international presence at the show included buyers from Siemens’ Austrian arm as well as the UK division, these attending in relation to the contract the company has won to build new Deep Tube trains for London Underground’s Piccadilly Line, the initial tranche of which will be assembled in Vienna.

Both buyers and suppliers presented positive feedback about RVE Meet The Buyer and the opportunities it offered, and this pivotal part of the show will return once more in 2020. 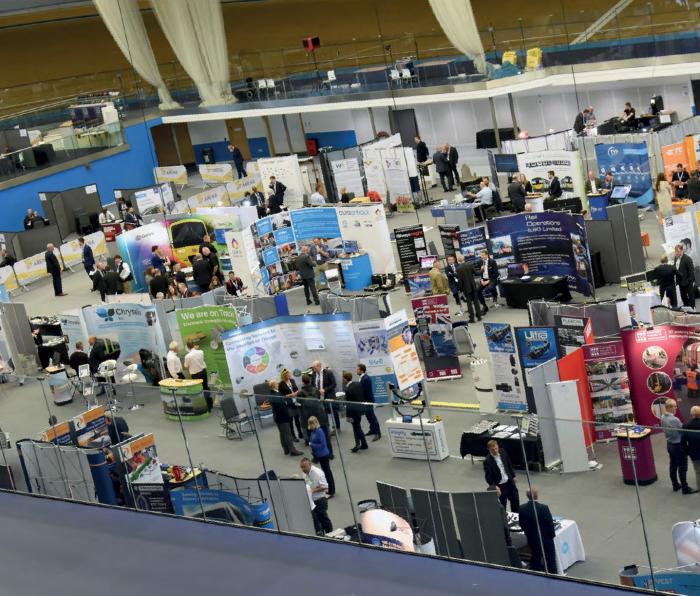 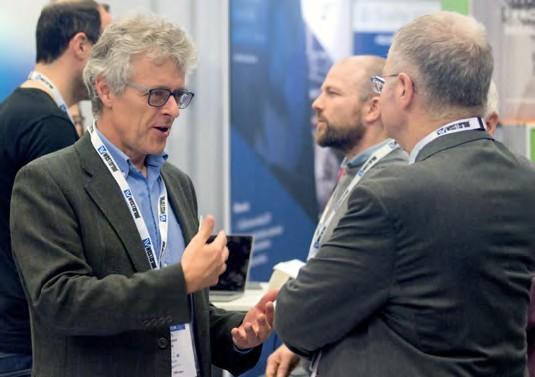 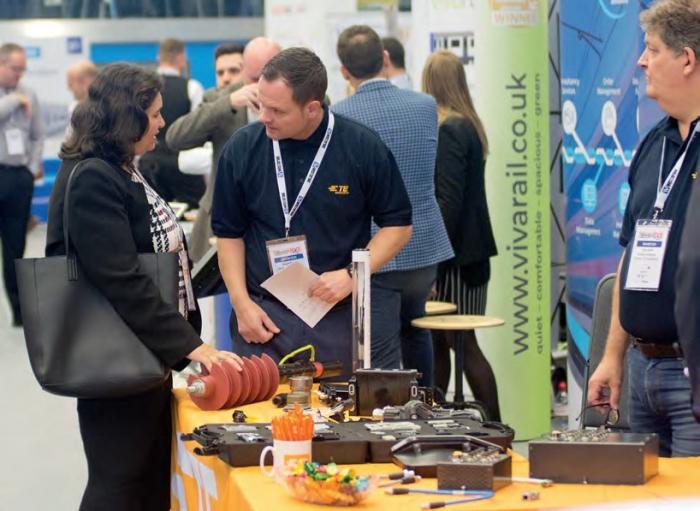 Innovations: companies from across the sector showcased their products at Modern Railways RVE. 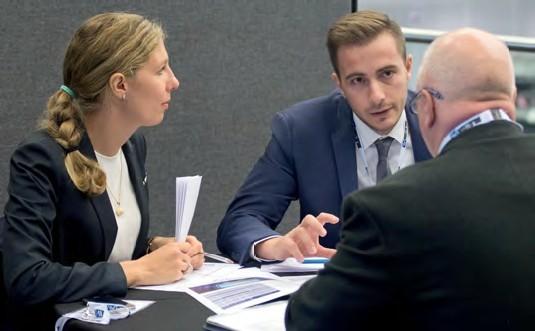 RVE Meet The Buyer: Rail Forum Midlands co-ordinated over 300 appointments between suppliers and buyers during the show. 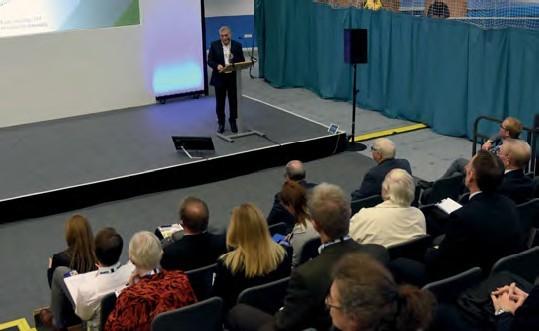 Another enduring feature of Modern Railways RVE is the conference, with speakers from leading names in the rolling stock sector, chaired by Modern Railways columnist Ian Walmsley.

The opening presentation could not have been more topical, with Ian Harrison from the Department for International Trade discussing the organisation’s help preparing firms for Brexit. He was followed by two presentations focusing on the role of small and medium enterprises (SMEs) in the sector; first Porterbrook’s Kevin Eley reported on the success of the Innovation Hub, which the company launched at the 2018 show, before Resonate CEO Anna Ince discussed the Midlands pilot of the Rail Sector Deal, with its focus on SMEs, for which she is industry champion.

Neil Bates of Vivarail completed the morning session with a paper on interior design focused on the company’s Class 230s.

The afternoon session provided a further emphasis on innovation as Simon Iwnicki gave the UKRRIN perspective on rolling stock developments. He was followed by presentations focusing on both new build and legacy rolling stock – Bombardier’s Phil Hufton discussed the company’s current order book and the need to smooth peaks and troughs in the market, while Eversholt Rail’s Tim Burleigh spoke about the company’s approach to its existing fleets.

Preparations have already begun for next year’s Modern Railways RVE show, which will return to Derby Arena. In November we will be announcing full details about the show, which will maintain the current ethos of broad representation of this niche within the rolling stock sector while developing to match industry trends.

Look out for further news about Modern Railways RVE 2020 in the next issue and on the show website at www.rve-expo.co.uk.