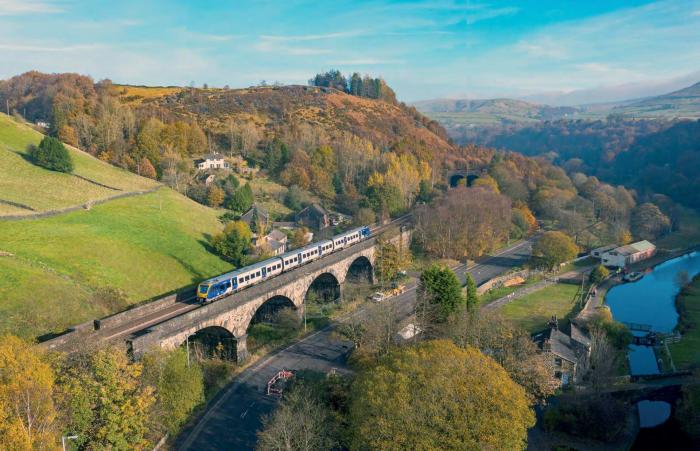 Run by the Operator of Last Resort: Northern’s No 195128 forms the 10.23 York to Blackpool North service crossing Horsfall viaduct on 6 November 2020.
Tom McAtee

If the Covid crisis has done one thing, it is to blur the lines of responsibility among organisations in the railway industry. The Williams review was already set, supposedly, to deliver elements of reform, but the pandemic has diverted its path somewhat – one of many cans kicked down the road since the spring.

Of course, a good deal of the past year has seen the industry simply fighting fire and keeping the show on the rails. Whether that’s governments implementing emergency measures for franchise agreements, train operators hastily rewriting timetables depending on both demand and staff availability, or projects being rephased to take into account new ways of working, the railway has done a commendable job of keeping trains running – and, for the most part, very reliably too – and of keeping infrastructure projects going.

But as we dare to dream about positive news concerning potential vaccines, the industry also needs a longer-term view of how it will emerge from the current crisis. And in an industry often criticised for its fragmentation and the complex web of organisations, the lines of accountability seem to be more blurred than ever.